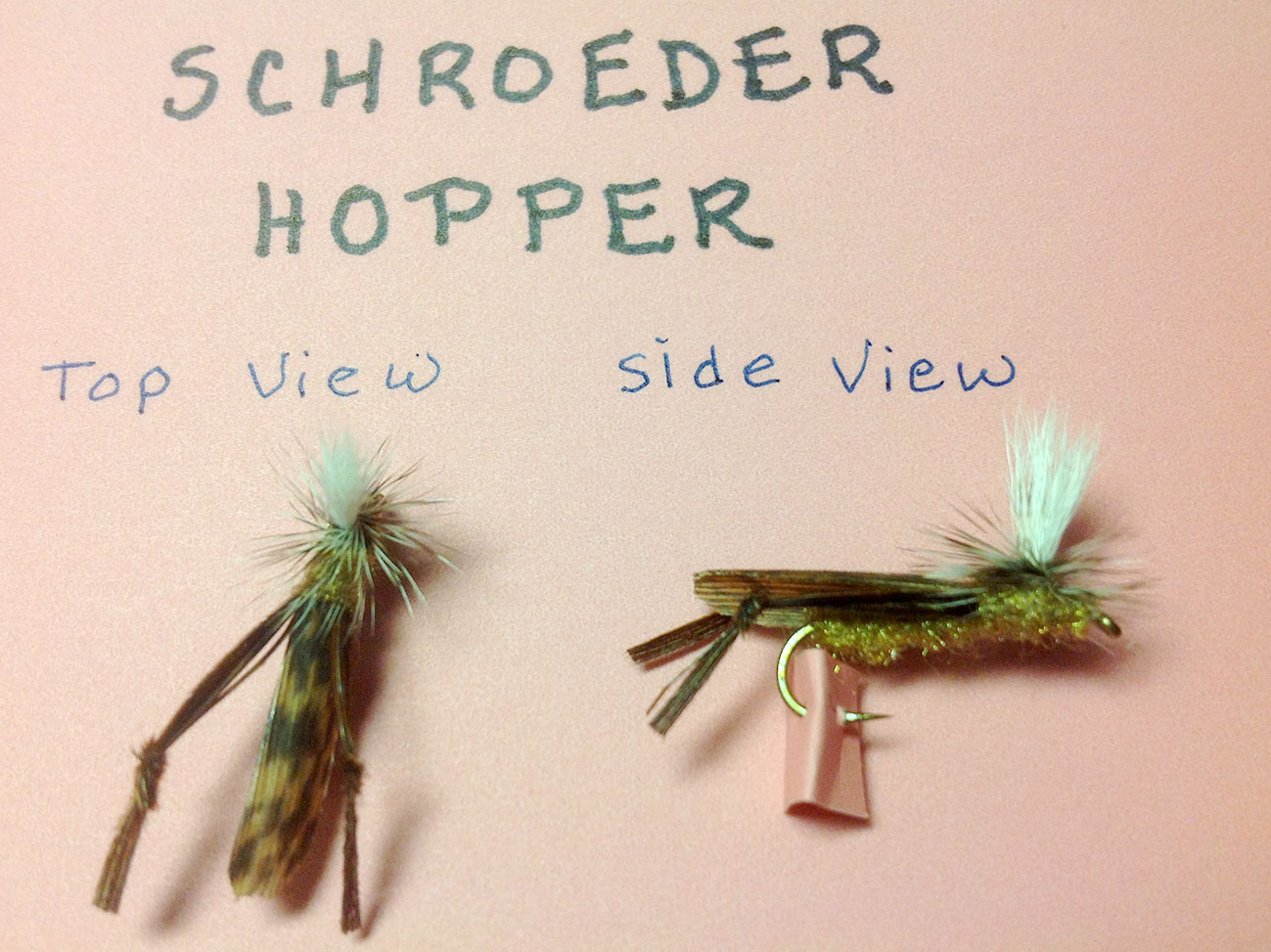 This grasshopper pattern has been around for many years and the trout sure like it. Most hopper patterns today feature foam bodies and rubber legs, which are easier to tie and are more durable. There are times when the foam flies don’t work and the fish gobble the Schroeder imitation up. Since hoppers come in a variety of colors, the fly can be tied with wings in tan or cream. The body in tan, cream, yellow, brown, green or orange.

5. Wrap thread to rear of shank. Dub generous tapered body forward to 1/8 in. Behind post.

7. I like to prepare many ahead. Cut 4 barbs from stem and tie knot in center for each leg. This is tricky to do. Look on U-tube for various techniques, or buy them already prepared. Coat to reinforce. Tie in one on each side of wing. Knee should be near bend of hook. Trim length (see sample). Dub more over wing and leg tie in section.

8. Prepare butt end of hackle with crew cut. Tie in crew cut in front of post. Holding upright, make a couple thread wraps to hold in place. Dub generous thorax from eye to post. Wrap thread clockwise around post leaving it hanging on your side of fly. Wrap hackle clockwise around base of post 3 times. Holding hackle toward you and slightly down, bring thread up infront of hackle stem, then around base of post 3 times, then forward to eye. Tie off, cut excess. Cut excess hackle. Apply sm. Amt. glue to final thread wraps and base of post.