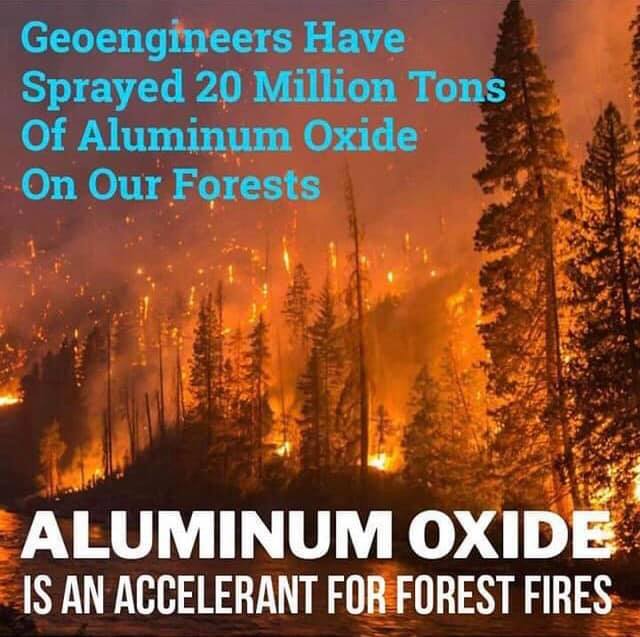 California forest fires in the last five seasons have continually increased in ferocity and acres burned. Even without the fierce Santa Ana type winds, the fires have exploded throughout the west and mysteriously end at the border with Canada.

We have seen the photos of Santa Rosa after the fires a few years ago and whole neighborhoods not near forests or grasslands were burned to the ground, car engines and aluminum wheels a puddle of metal afterwards.  Cal Fire captain I talked with one day agreed that the fires are hotter than what they have seen from normal fires, they have a good idea what it is but cannot be caught talking about anything considered ‘conspiracy’.

Our local fires in Santa Cruz and San Mateo counties erupted from a dry lightning storm that produced epoch images from local photographers (Roll cloud image). Locals know that these storms are very rare and usually are the result from a dying hurricane in the Pacific and accompanied by rainfall.  This years ignition cause was something different, man made and with purpose says activist and author Deborah Tavares who investigated the fires in Santa Rosa and Paradise to mention the most famous fires. I encourage anyone rolling their eyes at the mention of arson and the use of DEW’s (direct energy weapon) developed at Lawrence Livermore Laboratory. High flying super lasers developed for the military to cause great damage to anything it directs its beam. (All this can easily be searched via Google and I always recommend we do our own research when we have questions).

The next challenge we face is keeping our drinking water clean. We know that tons of that orange fire retardant has been dropped in areas that collect and get into the small streams and flow into our reservoirs. Soil engineers and scientists have already analyzed and reported up to 5% of the top soil throughout the state has aluminum and barium dust, the main ingredient used to turn blue skies into that hazy white jet trail sky. We all have noticed that now and it’s no big surprise. Now we know the alumina especially is an accelerant in the fires, the tree roots absorb the nano particle dust making them more explosive than ever. It’s not climate change it’s weather warfare. (geoengineering.com).

“Slim” has researched this subject to exhaustion, he sticks his neck out to non believers because this is so important, it’s our future. Already we are having our favorite camping and fishing grounds closed down with no plan on when they will reopen and with the fear factor as strong as it is now, we may very well see the end to the freedoms we all have loved our whole lives.  It has been 18 years since the ‘Shoe Bomber’ incident and we still cannot get through the ticketing without removing our shoes. The same could easily be true about mandatory masking and vaccinations.

Slim says, question authority. The former ‘Poppy’ Bush in his famous ‘A Thousand Points of Light’ speech promoted the New World Order and the changes that will be made on Earth. Top of the list for the future was to reduce the world population to a half billion or twenty five million in the USA. Those who google, ‘The Georgia Guide Stones” can read all the new commandments carved in red granite for all times.

Slim was going to just announce the big win in our battle against the Pebble Mine developers but that news is already a couple weeks old. I was in contact with John Squires widow Victoria and she was very happy about that news and that we will be sending more club funds to Trout Unlimited Alaska in John name.  Thanks everyone for your constructive criticism and questions you may have. I will try to provide anyone the links to these subjects raised this report.   Lets hope the rains come gradually, no big gully-washers please.